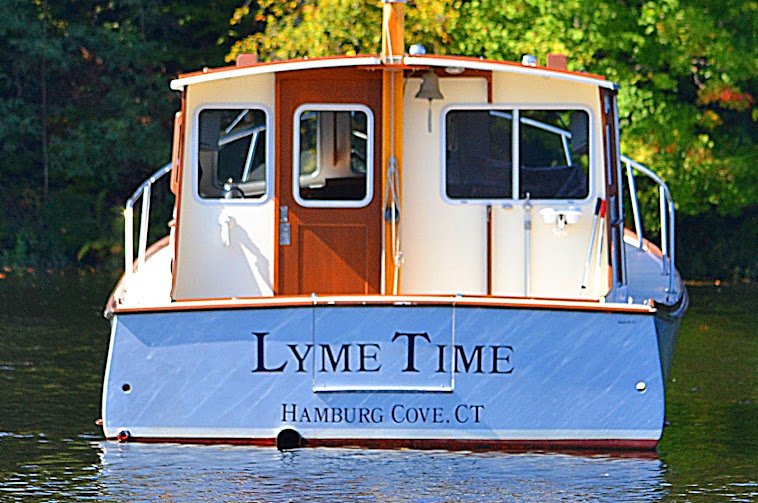 
Throughout history people around the world have consumed unpasteurized and unhomogenized milk products, along with other unprocessed foods, with resulting vitality and strong constitutions. It is only in recent times that this nourishing food has been subjected to high heat and other unnatural processes.

In the book "Enzyme Nutrition", the author Edward Howell, expresses his concerns. "Medical enthusiasm for milk as a therapeutic agent suffered an abrupt ending with the advent of pasteurization and it's killing of milk enzymes. An important conclusions emerges from studying the long history of milk as food and medicine: When one takes enzymes away from milk, it loses some of it's health value and most of it's curative properties. The virtue of effective foods resides in their possession of all the nutritional factors nature gave them. The status raw milk gained as a remedy for chronic diseases, throughout hundreds of years, vanished with the coming of pasteurized milk."

If fresh unprocessed milk, from grass fed cattle, is so beneficial for humans, where did the pasteurization process originate and why?

In the 1800's many distilleries began to appear in American cities and as the cities grew, pasture lands began to disappear. A cheap source of food for the cows housed in the emerging factory farms, was the swill or refuse from the nearby distilleries. Even though this waste product lacked the nourishment of the cattle's natural diet (fresh grass), it did cause the cows to produce more milk at less cost. Despite the increased profits and the increased production of milk, the overall health of the cattle suffered greatly. Because the distillery slop was not the natural diet of these animals, they became emaciated and sickly. There were other factors which also contributed to the unhealthy state of the cattle and the milk. These animals were packed into extremely crowded areas where they stood in their own excrement and were not allowed to move for up to 18 months....if they lived that long.The mortality rate in these dairies was extremely high.

People began acquiring illnesses such as diphtheria, tuberculosis and scarlet fever. Often these illnesses were traced back to the milk produced in the distillery factory farms. When animals are raised under unhealthy conditions and as a consequence lose their immunity and vitality, we can logically predict what will happen to the next consumer who is higher up on the food chain. "We are what we eat" is not just a flippant unscientific wives tale. This statement can be proven if we will only take the time to observe this obvious example of cause and effect.

Similar conditions exist today in the modern factory farms. The animals live in very close quarters, receive no exercise and are fed mostly grain, instead of their natural diet of fresh grass. They are given hormones to force them to produce more milk than they would under natural conditions. When the focus is on quantity, the quality of the milk decreases. Antibiotics are also used extensively and traces wind up in the milk. All of this will consequently affect the health of the milk consumer.

Concerns over high yields and profits are the driving motives behind the continued adulteration of one of our most valuable health resources.......unprocessed, full fat, pasture fed milk. Due to this economic pressure, it is illegal in most states to sell unpasteurized milk. Consequently, those who have realized the many benefits of unprocessed milk will go to great lengths to obtain their "Mooshine". Some people travel long distances across state lines. Others have developed cow share programs in order to circumvent this unwanted and unneeded law. When one buys shares of a particular cow, then legally this means the shareholder owns part of the cow and is therefore allowed by law to drink the unprocessed milk of this cow. You can find out more information concerning obtaining raw milk in your area by visiting http://www.rawmilk.com/.

I am grateful to live in Connecticut where it is legal for small farmers to sell unpasteurized certified milk to stores or directly ....on the farm to the consumer. To be certified to sell unprocessed milk, the farm must comply with strict health regulations and the milk is periodically tested for unwanted bacteria. For those of you who have never tasted grass-fed, full fat, unprocessed milk, I want to express how vast the difference is between the untreated farm fresh milk and the processed factory farm milk. Fresh unheated wholesome milk from a certified farm is so delicious that once most people have tasted this natural healing elixir, they will never go back to the processed milk.

Cows who are allowed to graze on uncontaminated pastureland and who are fed a minimum of grain, produce milk which has built in protective factors. Raw unheated milk is designed for mammals whose immune systems are immature. Unpasteurized milk contains inhibins. These are elements which hinder the growth of bacteria. Heating milk inactivates many of these protective factors and in so doing it encourages the growth of harmful bacteria.
(-Dold, H., Wizaman, E., and Kleiner, C., Z. Hyt. Inf., "Antiseptic in milk," The Drug and Cosmetic Industry, 43,1:109, July, 1938.)

Another benefit of consuming food products from grass-fed cattle, is the abundance of conjugated linoleic acid (CLA) present in the milk and the meat of these animals. CLA is an omega-6 fatty acid. In the book "The Untold Story of Milk" the author, Ron Schmid ND, talks about the disease protection provided by this important fatty acid. "Nonfat dairy products contain no CLA. A recent article in "The Journal of Dairy Science", reported that milk from grass fed cows contains up to five times more CLA than milk from conventionally fed cows." Studies have shown that CLA has strong anticancer effects. For example, rats fed CLA at 1.5 percent of their total calories showed reduction of tumor size of up to 60%. CLA may help explain the lowered incidence of breast cancer in women working on farms in the Finnish Milk Study."

LIPASE - aids in absorption and digestions of milk fats

PHOSPATASE - helps in the absorption of calcium and other minerals.

LACTASE - promotes the digestion and absorption of lactose.

Pasteurization of milk seriously alters the structure and activity of the fats, enzymes, proteins and sugar present in unheated milk. The heating process also kills the "good bacteria" which colonizes our digestive tract and helps to create our second immune system. When the essence of a natural food is destroyed, it can no longer work in harmony with the body to produce health, immunity and vitality. Is it any wonder that pasteurized homogenized milk has become one of the most highly allergenic foods?

Milk has been highly promoted as a bone strengthening food. The baby boomer generation was raised on large quantities of pasteruized milk products and has also been encouraged to take plenty of calcium supplements. It appears that this generation is experiencing an extremely high incidence of osteoporosis, despite taking the previously mentioned precautions. Of course there are many factors involved with the absorption of calcium but could pasteurization (the inactivation of phosphatase) be helping to promote the high incidence of osteoporisis we are experiencing? Is the destruction of this enzyme preventing a large portion of the calcium in pasteurized milk from being absorbed?

Most of the vitamin C found in raw milk is also destroyed during the heating processs. This lack of vitamin C has actually produced scurvey in infants fed unfortified pasteurized cow's milk. For a basic understanding of the negative effects of processed food on the human body, I would highly recommend the book Nutrition and Physical Degeneration by Dr. Weston Price. This book is a classic, a comprehensive study comparing the bone structure and overall health of people who lived in remote areas of the world and ate a natural unprocessed diet, to those who lived in the "civilized" areas and were being introduced to the processed modernized foods. The many photos in this book clearly show the obvious physical degeneration in the populations who consumed the processed foods.


If one does not have access to unprocessed milk, one way to get back some of it's nutritious protective properties is to ferment the pasteurized milk. The process of fermentation has long been used by many cultures around the world to preserve and to naturally add enzymes and nutrition to the food. In a future issue of Peer Observations I will talk more about fermented foods and how easy it is to make your own probiotics ( aged foods which contain high enzyme activity and other health building properties).

One of the other possible health risks associated with processed milk is the fact that it is homogenized. This is a process which consists of the breaking up the natural sized fat particles into very unnatural small size particles ( a process used so the fat does not rise to the top of the milk). There are legitimate concerns as to the effect that this process may have on our health. Considering that homgenization is employed soley for convienence purposes, we should be questioning whether this step needs to be eliminated from the milk manufacturing process. For more information on homogenization, politics and the health benefits of unprocessed milk, I highly recommend Dr. Ron Schmid's book, The Untold Story of Milk, Revised and Updated: The History, Politics and Science of Nature's Perfect Food: Raw Milk from Pasture-Fed Cows

In order to preserve the integrity of our food supply ( one of our most precious natural resources ) we need to first become knowldgeable as to what is being done to our food and why it is being done. One will learn why pasteurization and irradiation is degrading our national health instead of improving it. Killing the life force of our food is not in our best interests nor is it for our protection. Once we understand the political and economic reasons behind this needless processing of our food, then we will be able to address this situation and take action. A good place to begin is with the books that I mentioned previously and at the http://www.realmilk.com/ website.

Let's claim our inherent right to food the way nature intended it to be.

Rashes can be hidden 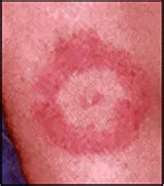 Rashes can be the color of a bruise

Rashes can be solid.....no bull's eye

No Bullseye
Many Lyme patients remember no rashes whatesoever

GRASSFED MEAT IS A HEALTHFOOD: THIS IS MY SOURCE

PLEASE TAKE THE TIME TO WATCH THE EDUCATIONAL VIDEOS IN THE SIDEBAR AND AT THE VERY BOTTOM OF THIS BLOG.....FOR YOUR HEALTH


LEARN HOW TO ACHIEVE ROBUST HEALTH. LISTEN TO THE PRICE POTTENGER STORY

THE ROOT OF HEALTHCARE FRAUD


'Drug companies are not here to bring health to the population but to scam them on one level for vast amounts of money, by treating the symptoms and not addressing the cause.'
-Sir William Ossler, MD (1849-1919)

"Anything that is allowed to be openly and aggressively addressed in the news, should be suspected as propaganda being used to manipulate. Likewise, whatever isn't being made public in the mainstream media, is what really needs our attention and investigation." — Marjorie Tietjen

Young ticks can be even smaller

"Don't fight against evil but feel the Love which dissolves it.".....
unknown


The information provided on this website should not be construed as personal medical advice or instruction. No action should be taken based solely on the contents of this site.
Readers should consult appropriate health professionals on any matter relating to their health and well being.
The information and opinions provided here are believed to be accurate and sound, based on the best judgment available to the authors, but readers who fail to consult appropriate health authorities assume the risk of any injuries. This website is not responsible for errors or omissions.